He enjoys it with every type of choka, pumpkin, or fried ochro.

I’m partial to sada roti so my mom would often make one dosti for dad and sada for the rest of us.

What in dosti roti

What is in dosti roti

Here my mom explains how to make a single dosti roti. Scale up the recipe for more.

My mom uses corn flour to make her different rotis. She believes the corn adds structure to the rotis so they are not overly thin and won’t fall apart as quickly.

You can use her rotis to make wraps… that’s the great benefit of the corn flour.

These are the ingredients she uses to make this recipe:

Also, in the full recipe later on, you’ll see the measure ¾ cup plus 1 tbsp of flour. It sounds like an odd measurement so I thought I would explain here.

My mom – like almost every West Indian woman – does not measure anything while cooking. Her measurements are based on her hand or her intuition – a handful of this, a pinch of that, a spoonful of the next.

I zeroed a kitchen scale as she added her handful of flour to the bowl. So, the recipe is an exact one of what she did for this post and video.

How to make dosti roti

Mix the all purpose flour, corn flour and baking powder if it is needed.

Make a small well in the center of the dry ingredients. Pour in half of the water and mix in the flour.

As the dough begins to form, don’t fold it into itself. Instead, keep squeezing the dough together.

Add more water and continue kneading and squeezing. Be sure to get all the dry ingredients off the bottom and sides of the bowl. No waste here!

As the dough comes together into a soft ball, separate into two small balls. Each will be a layer of the dosti roti.

Dust a little flour under the dough balls. Cover and allow to rest for 10 minutes.

If you are cooking the roti on a flat, cast-iron tawa, now is the time to light the stove and start heating the tawa, on medium to high heat. Using a larger burner will be better.

Your cooking surface must be hot enough to cause brown spots on the roti within a couple seconds.

If you’re looking for a tawa, try these from Amazon:

Next, flatten each dough ball into a 3-inch disk.

Rub butter on one side of each disk.

Sprinkle flour over the butter then stick the discs to each other, with the buttered, floured sides together.

Roll out the dosti roti

Flatten further to make sure the two sides are ‘bonded’ firmly together.

Sprinkle flour on a flat surface (we call it a chowki) and coat the flattened dough in the flour.

Roll the dough with a rolling pin (we call it a bailna). Flip, rotate and continue rolling until it becomes a medium sized roti – 11 inches or so. If it sticks to the surface, dust a little dry flour on the spot and keep rolling.

When the tawa is hot, add the roti to it.

You will see the color changing quickly. After about 15 seconds or so, flip the roti over. There should be a few light brown spots. If not, allow the roti to cook a little longer then flip again.

Brush the roti with melted butter or oil.

Flip the roti again and brush this side with butter or oil too.

Flip again. Rotate the roti to distribute the heat evenly. Brown spots should form all over the roti including its edges.

Flip and continue rotating to make sure it browns on this side too. At this point, the layers should start separating.

Remove from the tawa and wrap in a thick napkin. Place in an airtight container.

If you make roti often, over time, the oil smell will become harder to remove from tea towels and containers. So, it is best to use a thicker, disposable napkin. And be sure to wash your airtight container as soon as you can.

Wrapping the roti and keeping it in the container will trap the heat and steam which will keep the roti soft long after it becomes cold.

Serve alongside your favorite chokas, curries, stews, and more.

Since the corn flour gives the roti more structure, use the layers for wraps, quesadillas, and more.

Here’s the video on how to make dosti roti: Dosti roti is a double layered roti mainly made with flour and water and stuck together with butter or oil and dry flour. The roti is cooked on a flat surface and brushed with butter or oil during cooking.
Prep Time15 mins
Cook Time5 mins
Total Time20 mins
Course: Breakfast
Cuisine: Caribbean, Indian
Keyword: roti
Servings: 1 roti

Serve this recipe alongside:

Or try another type of roti: 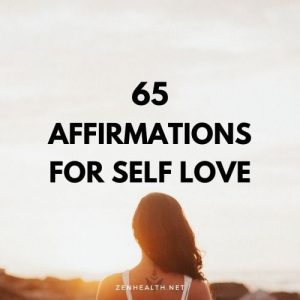